A set of stamp pages for your collection of United States Telegraph Stamps. The most comprehensive and inclusive set ever produced and very tastefully designed. If you collect telegraph stamps, this is a must have! The first set of album pages with all known U.S. telegraph stamps, their variations and remainders. The set includes ten additional companies and over forty stamps NOT LISTED in the Scott catalog, as well as some history and information on each company that produced telegraph stamps. You will find a list of all companies included at the bottom of this page.

These album pages are printed on an acid-free heavy cream card stock. A total of sixty-four black and white interior pages with a color cover, 8.5″x 11″ three-hole punched. Included is a brief history of each of the companies and all the variation and identifying information needed to accurately identify your stamps. The place holders are made to fit stamp mounts, so plenty of room, but stamps can just be hinged to the page as well. The heavy card stock provides no page ripple, holds up and lasts longer and items can be added to the backs of the pages with no see-through. You will be very pleased with this quality set of stamp pages. 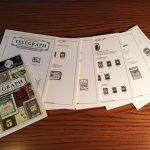 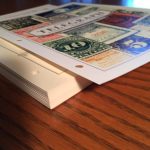 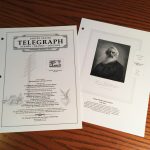 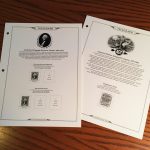 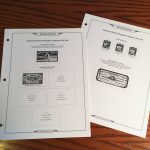 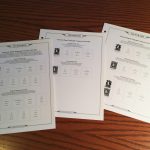 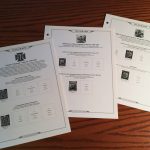 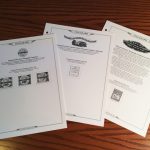 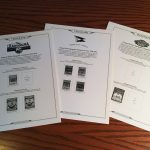 “WOW! You really hit a “Grand Slam” with this one! Loved going through it! Anyone who is serious about collecting telegraph stamps will have to pick this up. Loved the entire set from start to finish. Congratulations!” Jeff Meader
“This is a beautiful specialized album. I am very satisfied!” trustterritorytraders

“I purchased the telegraph album some months back and what a wonderful item! I’m slowly filling some of the empty spaces and have a moderate assemblage of issues.” mrvale

TELEGRAPH COMPANIES INCLUDED IN THIS SET: